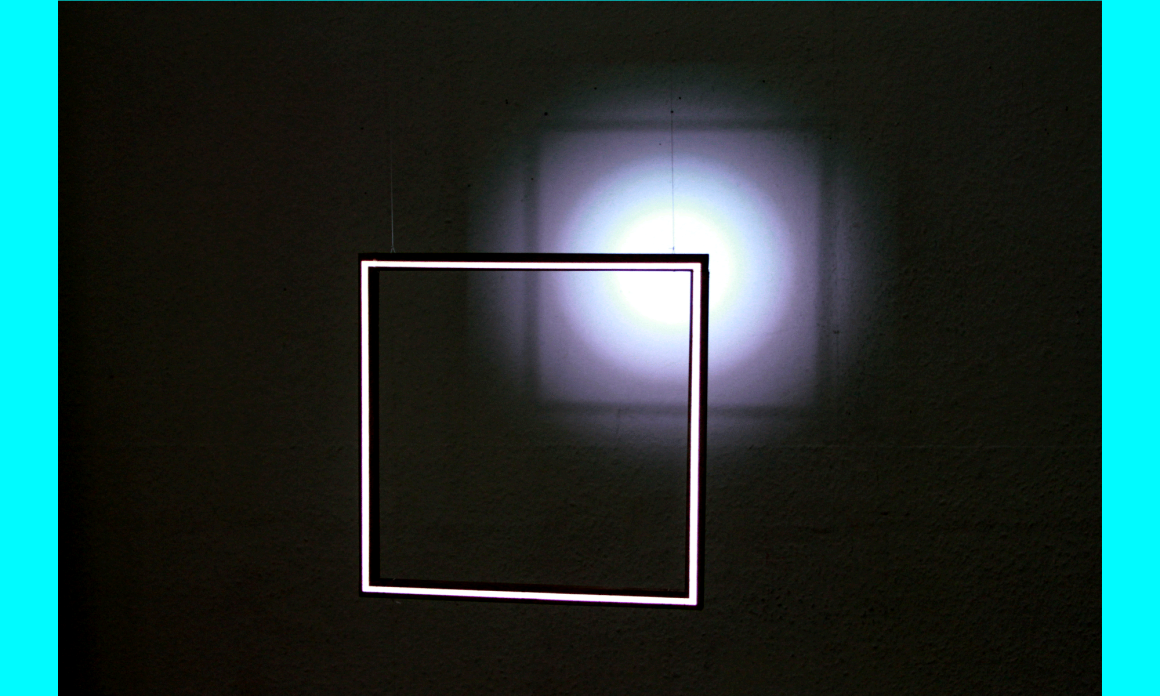 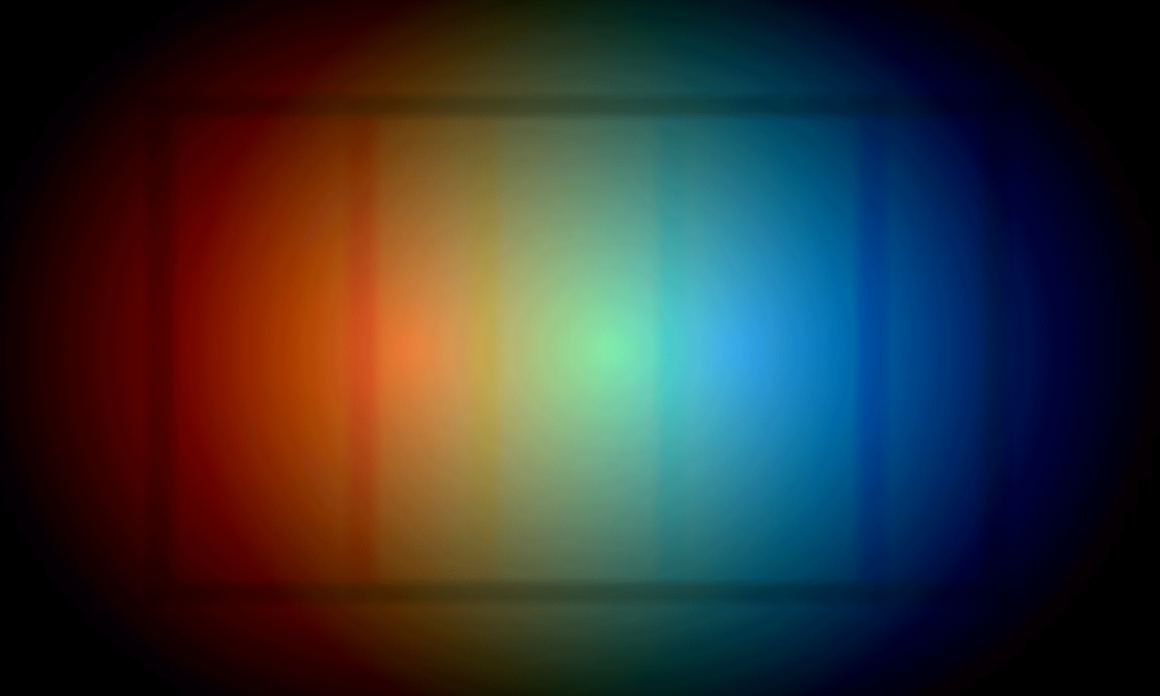 The installation consists of a computer, a projector, a square in the shape of a frame, which is illuminated by the projector and a simulated shadow of this object on the wall. From time to time the projected shadow destructures in the individual RGB channels. Because of the partly overlay of RGB the colorspectrum can be seen.
The installation presents a truth that is accepted because of the recipients viewing habit. It is an object and that object casts a shadow, because it is lit. The work shows the digital image construction by the channels Red, Green and Blue, which add up to white.
The sudden shattering of white in the various components marked a shocking moment for the recipient, who perceive for a brief moment, a crack in the experience of the world and its congruence. The perception of reality disintegrates. The perceived as naturally presents itself as artificial. The artpiece presents the color spectrum of the fragmentation of a world enriched by digital media. 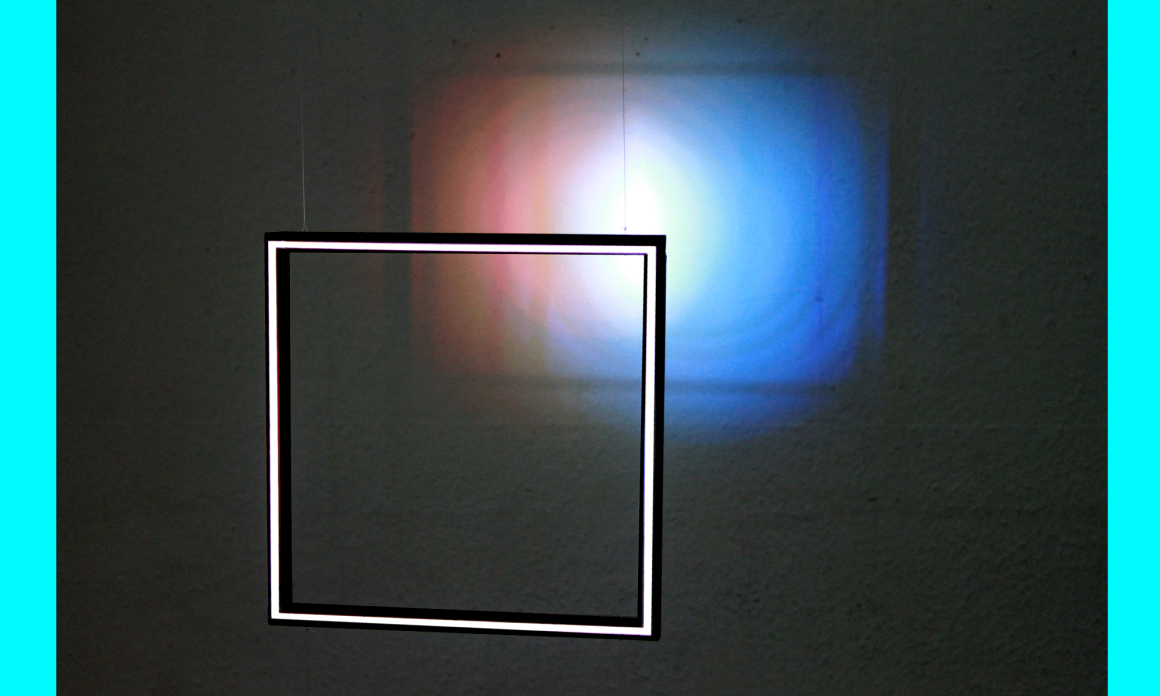